Faces of Love.....the Faceless One 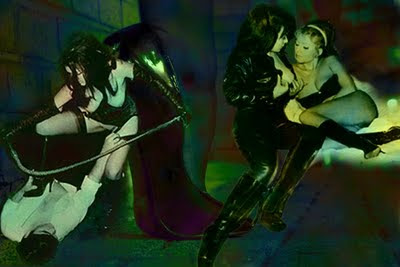 When still in my wild years, i visited Muzo, and spend some time there with men who i consider to represent the best of the male species. No luxury, not much safety, and certainly no fancy candlelight diners in that region. But we danced, drank, and made love endlessly.

One day, when i came out of my quarters at dawn, a group of fiery men was waiting for me. One of them approached me, embraced me, stroke my hair, and lay, without saying any words, a small package in front of my feet. It contained a trapiche emerald, of a beauty i had never seen b4. I cried my heart out, as i knew what this gift meant to them. I still carry their faces in my heart, and will cherish that gem till i die, and after.

Once i wrote this in Stef’s blog, telling her i gave this emerald her name. I did so, cos i loved her way of writing, the way she looked at life, and also cos she was as crazy about boots as me.

The men i was talking about i loved too. More or less the same way as i loved the 5 men who saved me years ago from getting killed by our mutual enemy. Like the Colombians they were willing to give all they had out of love for me. It’s a kind of love so intense and passionate, it’s hard to describe.

I existed b4 her,
Although i came later.

I carried her,
Cos she gave birth to me.

I kill, torture, and deliver pain,
For i am seeking peace.

I am the paradox in chaos
And crave simplicity.

U can’t comprehend my being,
Yet u want to be my slave.

My existence is infinite,
Still i will end my life.


This poem i wrote for Carla (aka Cmala), a woman i met in 360, as i never met a woman b4 in this medium. She struggled, fought, and put herself to discussion as i never had seen here. Although she had strong beliefs, she never would impose those beliefs on others. She's unique among the unique ones. She's not here anymore. She chose a different path to express herself. But i still love her. 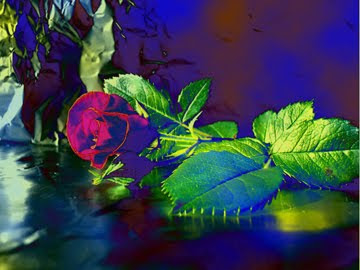 My daughter called me yesterday. Not cos it was my birthday, not cos she needed money, not cos she was falling apart, and certainly not cos it was one of those commercially sugar coated romantic days like for instance the day of those 2 martyrs going by the name of Valentine, whose adventures later were converted to celebrate romantic love, the sale of chocolates, jewelry, and the yearly slaughtering of a few forests to cover the demand of Hallmark cs, but just to say hello. I love that little brat. Well….um….she would firmly disagree with the latter, as she’s a grown woman now, challenging me already in different areas of life. But, we still love to go out together, play the piano till exhaustion, quarrel about algorithms and the value of males. Once she was in me, one with me. Now she’s as independent as a human can be, although i’m still tempted to guide her once in a while. The bond between the 2 of us is strong, rigid and elastic. In short, i would give my life for her. 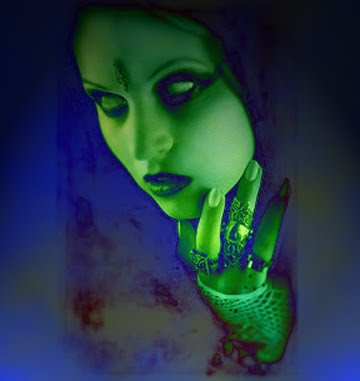 Her father was what some people would call, the love of my life. At least i thought he was. He was strong, full of life, and adored me to no end. The way he touched me, triggered an incredible passion in me. We did the craziest things together, and i felt a love as i had never felt b4. But i was very young at that time, still in my teens, and soon would feel differently. In the end i was too strong for him. My personality frustrated his machismo. He couldn’t handle my dominance. He was just a male with a great body, strong arms, and a formidable libido, but too weak to commit to the woman he once vowed to be a slave to. So i dismissed him. My love for him is gone. I loved many men and women after him. Or better put, had passionate sex with them, and not so much feelings of love.

And so i could go on, telling u about my love for chess, and the one man known as Steel, living in my Labyrinth, with whom i’m playing this marvelous game. He’s a very tall and passionate man, almost psychotic. A man with a physical strength as i have never seen anywhere. He would not hesitate to crush anybody’s skull who would try to harm me, and yet he’s a man living in chains, afraid he could kill me if he wasn’t. I love him.

I could tell u again about my love for leather, boots, and rubber. I could go on telling u about my love for whips, and the fury that comes over me when whipping a man or woman till exhaustion. I love slaves who can endure these whipping sessions with me, and crave to go with them into the singularity when their endurance makes place for an all consuming addiction, not being able anymore to go on living, without being whipped by me. The feel of a single tail in my hand, the sight of a longing slave, hanging from the ceiling, awaiting the explosion of my hunger to take him or her to the next level of ecstasy and love making, is something nobody should try to take away from me, as it would equal a traumatic suicide!

I love so many things, not in the least myself. Some people (here), believe my ego is blown out of proportions. I guess mostly cos their own ego is so tiny and small. Little do they know about me making love to myself, having sex with myself, the lust it triggers when i touch myself, the satisfaction and peace that comes with same. 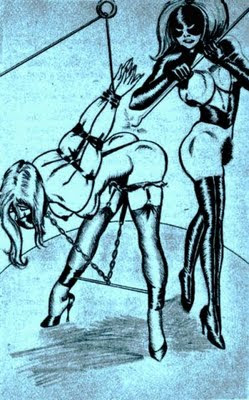 And yet....there’s another love, a love that surpasses all i described till now. No matter all the passion i had and have with others, no matter the intense love i feel for myself, there’s one beyond all that. Or better, there was one. It was the love i had with Shirah, the one from my blog: “HaMa’eiven Yavin”. She’s dead, died in my arms, and yet she’s not. She’s living somewhere. In the afterlife, in my belly, in the sky, in the trees, in the……. I feel her close to me. I sense her far away. Maybe it’s wishful thinking. But i don’t think so. When i look at my hands, her blood is there. I can hear her cry. I can hear her laugh. I can feel her pain. My heart breaks when i remember her dying eyes still trying to lock onto mine, her weakening body seeking a last hug. When i touch myself it’s like if she is touching me. When i brush my hair, it’s as if i’m brushing hers. I can remember everything we did together, the short time we were existing only for each other. She knew what i thought, felt, or wanted. Still does. I could read her mind even when she was asleep. Just looking at each other was enough to know what love is. Raw and bloody like fresh slaughtered meat, pure, naked, tender and soft like a new born kitten. I wanted to be so close to her, that i once asked another woman to put us face to face into heavy inescapable bondage. It was so strict that we couldn’t move at all, only able to look at each other, breathing each other breath, glued together for hours, our bodies slowly becoming one, our souls merging.

When i’m visiting her grave, i can’t leave, although i know she can’t be in it. Without her i feel as if part of me is not at home, although i know she’s there. A love that’s devouring me, and yet is making me walk on clouds. She was taken away from me, but i will get her back. I will find Shirah. And we will love again. Maybe tonight.