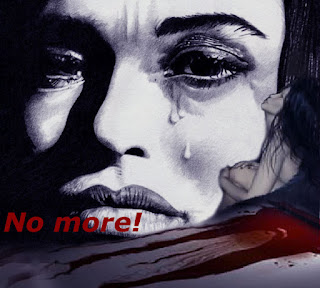 Here’s something for all the believers who constantly r announcing the imminent and inevitable arrival of global matriarchy. Its purpose is for  them to at least partially open up their eyes to the brutal reality of daily life, and also an attempt to make them realize and understand that their dream of a world ruled by loving, nurturing, and wise women, a world without patriarchal laws, norms and values, a world where men will be subservient to the female gender, is only based on wishful thinking, a fantasy, and possibly a twisted and/or mutated libido.

This is also meant for those who r new to the idea of a 21 century societal shift from patriarchy to matriarchy, who read about and became enchanted by the stories of ancient matriarchal communities, or r confused by the never ending attempts of female superiority fanatics to make them join their ranks and become worshippers and servants of so called Divine Womyn.

I wrote about the myths and fallacies regarding the idea that female leadership is by far more effective than what the patriarch has to offer in that area many times, for instance here. But people like for instance SH and his comrades don’t give a rat’s ass about the existing reality. They simply don’t want to see, and keep insisting that women will soon take over to rule the world, a world where docile men, preferably held in chaste, will serve and pleasure wise and sublime women. They find signs and proof for that in stuff like the performance of girls in schools, silly prose written from the perspective that women genetically r (mentally) superior to men in most areas, research done by and ideas from dames like Ava Parks, Liza Mundy, Elise Sutton, Jean Houston, and Rasa von Werder, Bible interpretations, and the fact that nowadays one can find baby changing tables in men’s restrooms.

Of cors these modern quasi-scholars, driven false prophets, and mislead gurus, have no problem to conveniently leave out the work of for instance Cordelia Fine, as well as critical reviews of books like The Richer Sex and other propaganda material promoting the coming age of blessed female rule.

Yes, what u r going to see is happening every 15 seconds. One in four women has to deal with this. And mind u, this is only for the USA. Now try to picture what's happening in the rest of our world.

So take a look, and get ur feet back on the ground!


R u shocked? Matriarchy is still around the corner? Soon we will live in a world filled with peace, justice, and harmony, where wise and superior women will take care that all violence is a thing of the past? Yeah right!
Like i suggested here, it’s time that we women wake up, face reality as it is, fight it, and not let ourselves put to sleep by the crap launched by self proclaimed submissive men and the lullabies of silly women who believe that playing part-time d/s games in the bedroom and having their husbands do laundry and dishes, will bring us the above mentioned shift. A shift btw i would consider undesirable in the first place, if not plain stupid. Instead we need to be able to take care of ourselves, mentally as well as physically, yes especially physically, in a world which for a great part is sexist, violent, false, indifferent, hypocritical, dangerous, anti-female, unjust, and driven by greed, crime, war, and vanilla male dominance.

For a long time to come we must learn to use men’s language and tools to defend ourselves against male violence, to crush their superior physical power over many of us, and to armor ourselves against their foul psychological abuse. It’s the only language creepy vanilla men understand.

I’m here to testify that it was a great feeling the first time i physically forced a male down to his knees and begged me to end his ordeal. And in a way it still is. I’m here to tell u it’s a rush to be able to walk dangerous neighborhoods without any fear for getting attacked, robbed, or hurt. Some of u will remember i wrote about that in an earlier blog.


To not have to depend on others for safety is the way to go. I took things in my own hands. U should do the same. It’s ur turn now. So get those goddamn skills, and make any lowlife feel inferior and bite the dust from the streets, ur living room, or dance floor, the second u inevitably have brought him down! That’s femdom too u know? Even if u r not inclined to live a femdom’s life, u still should be able to dominate any vanilla threat, and never end up in a situation like the woman in the video. And u know who can help u with this? Yes, that's right: A real man! Like for instance the men i referred to here, and here.


For ur entertainment, to inspire u to finally get off ur lazy butt, and to let the idea of ur alleged female physical vulnerability evaporate into oblivion, go and watch the following videos as well. Although they r not 'real', they definitely show what is possible for us women to achieve.


The next video is a follow up to the one u just watched, showing among other things how anti-violence we r, but ready to use it if we r driven up against the wall, r trapped, or r left with no other choice to solve a problem.

U know? Even women who still believe in the existence of a higher power, a God, r heavy into what their religion tells them to do, i.e. following the dogma of “turn the other cheek”, can learn to ruthlessly act against male violence and abuse, without violating the commandments of their divine Lord. They simply should see themselves as the representative of God on Earth, his vassal, his servant, his warrior, his right arm seeking justice, allowed to take revenge on those who made it a habit to beat the shit out of the daughters of Eve. Watch and enjoy the extra video and see for urself :)