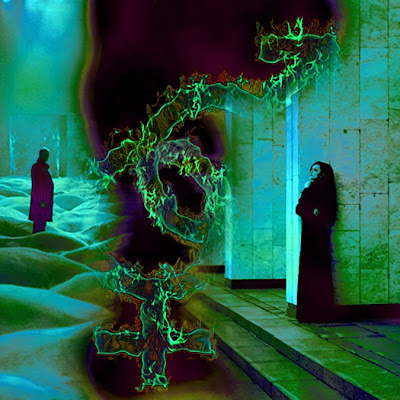 Yes people, it’s over! The time has come! Finally! Well….um…..it was here for a long time already of cors, but most of the vanilla d/s clique didn’t dare to embrace the reality regarding gender differences. And i’m not referring here to the silly contents of books like John Gray’s “Men are from Mars, Women are from Venus”, if u catch my drift!

Yes indeed, i’m talking about female supremacy. I’m even infamous for that. Do u mind? 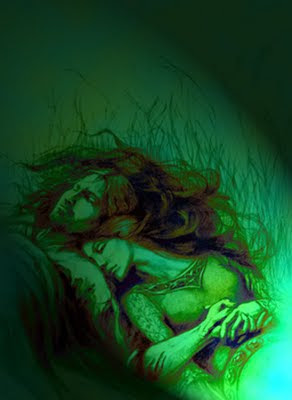 If u would have understood only a little bit about me, u would have realized, that if there’s one woman who’s ridiculing female supremacy, not believing one bit of so called male inferiority, and who was banned from many groups, forums, and r/l conferences, just for expressing this, it would be me.

Some time ago there was a thread in here, discussing, among other things, one of the more popular works of Michio Kaku. The existence of more than 1 universe is not a theory anymore. Time warps and star gates r out of their science fiction phase. Of cors, the ones who only can function, and only can balance their life, when holding on to what they perceive as the truth and ancient common sense nonsense, will resist these findings. It never varies. Fear of changing their ways, which of cors r not theirs at all but implemented by their society, was always slowing down progress. If it was for these people, the earth would still be flat.

This fear is also one of the reasons, why femdom was degenerated to some tolerable variant of vanilla sex, or something that has its roots in ancient matriarchal cultures, cutting it wings, making it safe, and was/is invaded by guilt driven sissies, impotent males, men-hating females, frigid goddesses, trendy snobs, and of cors the orks and gollums from Middle Earth. And so, that bunch of weaklings invented and embraced the concept of female supremacy, to give weak females the illusion they aren't weak at all, but supreme beings who must be served by even weaker males, who can only thrive when feeling inferior and treated like dirt (on their terms of cors). Stinking co-dependency, that's what it is.


And so it went on for years, lol. Then, last year, i touched the nerve of a pro-domme, who btw was mentioned on my site b4, going by the name of Saharah Eve, when i wrote:

Now was that a flaming collection of thoughts or what? Right!

Yes, that did it. That blew her fuse. She replied with a lengthy essay on the legality of female supremacy, trying to explain to us, among other things, that female supremacy is not necessarily equal to female superiority, bla, bla, bla.
A few quotes from this:

At its core, Female Supremacy is about ultimate authority, power and status belonging to the Female.
……….but that overall, their empathetic leanings and greater biological indispensability seat them in a higher social station over men.
I can state that females, as a whole, are more empathetic, more socially inclusive, less destructive/violent and less biologically expendable.
I wasn't laying out the logical thesis for my beliefs in Female Supremacy - - that would be a fairly lengthy dissertation.

Caramba, by Lilith’s superbly shaped body………..a dissertation? From one who believes in female supremacy from the beginning? Oh no! Not another proof based on ontological principles. Not a rehearsal of Thomas Aquinas’ silly and futile attempt to prove the existence of the divine! Spare me this crap! She would do better to keep on going to discipline her sub-humans, orchestra the production of her videos, continue to walk her male dogs in the park, and leave it at that!

A former friend of mine, called Sarah (no, no, no, not Saharah), said once to me with conviction:

Female Supremacy is the radical notion that Women can be better leaders for a better world.

Woman is the highest form of life and man should feel fortunate that She allows him to even co-exist with Her.

………… he is totally inferior and belongs at Her feet as Her obedient slave. It is Woman that is the decision maker, leader and Dominant species. Her wisdom is far superior and the best hope for humanity.

Female Supremacy cuts through all racial, age, and income barriers. Any Woman, regardless of what color She is, how old She is, where She is from or Her level of income, IS superior to any man. This is the core belief of Mine and one that I will always adhere to.

Well adhere as much as u like, i’d say. Keep conning urself. Resist to acknowledge the facts, and avoid as much as possible to pay attention to new research results regarding gender differences, while claiming ur convictions r based on undeniable scientifically found data at the same time. Guess opportunism and hypocrisy r celebrated as great personality traits of female supremacists as well, rofl!

One of the goals of science is to prove that certain isolated events r not restricted to that event per se, but could also be applicable to a broader spectrum of events. To make use of these generalizations for one’s own purpose is acceptable and maybe the right way to do. But to generalize an idea or belief just like that, without any significant back up, or worse, by pointing to a few alleged manifestations of that belief in one’s own environment or the writings of soul mates, is stupid, and belongs to the world of morons, ignorant, crackpots, and wannabes!

Although i’m not really standing in a friendly way toward the marketing techniques of pro-dommes like Saharah Eve, i still can make an exception for them, as they’re trying to make a living out of catering to the inner desires of their clientele, who wish and force them to be female supremacists, to be their cruel and sublime superiors, ready to punish and humiliate them when the price is right. Apart from a few, most of these women told me they have to go many extra miles to really get a buck out of their business. Reason why it was always hard for me to understand why they went into it from the beginning, as there r certainly more enjoyable and lucrative ways to achieve a financial utopia.

Back now to the end of the female supremacy fallacy.

Compared to what i usually bring to u, this video is of considerable length, and will challenge the patience and intelligence of a few, if not all. If u make it through the first 10 minutes, hit the lower right button on the video screen, to be able to view the complete show, and to educate urself somewhat more.

To ease the pain a bit for the fervent and diehard believers of this supremacy nonsense, as well as for our cute little pink sissies here, i added a video by Peter McAllister regarding manthropology, explaining why males r becoming more and more pathetic, lol.

If after having watched the first one, and maybe even the second one, u still r not convinced that female supremacy is boloney, then tell me, what makes it so attractive for u to emphasize that females in general r so much better than males, with all the consequences attached to this belief, instead of throwing this notion of female supremacy into the garbage bin, and having exquisite sex, sublime communication, and a 24/7/365 life founded on the basis of emotional and intellectual equality, getting an extra impulse from being wired as a domina or a slave? 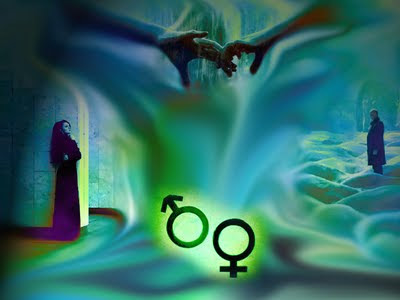 Um, and don’t forget to ponder a while on combining female supremacy with female slaves eh?