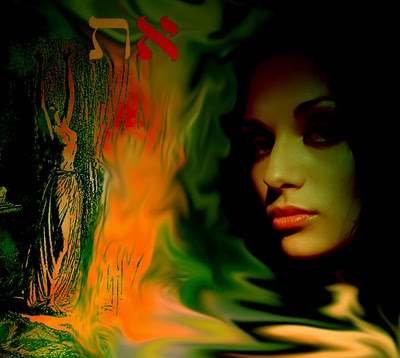 Quite recently Sara wrote a blog on human branding. No, not that Sara, silly. U should know by now i’m referring to Saratoga the submissive wired Alpha male, eh? Anyway, now u all r out of the dark, let me tell my story. Or was it his story? The story of Madame Sadistica? Oh geez, here goes.
It was more or less a reaction to what an alleged sadistic female was trying to make her audience believe about her sm-practices. For instance, she claimed to have her victim perform wild cunnilingus on her, right after he had received her branding. I mean while he was still gasping for air, screeching like a tortured pig, and under a tremendous amount of pain. And rest assured, branding can be awfully painful! Well….um….. when done without anesthetics. And even then, after u have been chased out from the recovery room, it can hurt like hell. It certainly is not for the squeamish!
Since branding stands rather central in my life, i first wanted to respond on Sara’s blog. Remembering tho his lousy moderating and nasty remarks the last times i sent him my thoughts, made me decide to refrain from that, and post it here, in my own cozy rosy environment. Besides, he wouldn’t want to read it anyway, and destroy my thoughts, without even looking at them, the second they would arrive at his sanctuary. Well, so he said (grin).
Here’s what i would have written.
I agree that branding, done by inexperienced, fantasy driven rookies, should be avoided. Indeed it's a risky and a potentially dangerous procedure. But so is for instance the use of a bullwhip, erotic asphyxiation, or simply driving a car. On the other hand, branding had its place in numerous societies, and still has. With the necessary skill, knowledge of 'how to', and the desire to give/get one, it can be very exciting/rewarding, physically as well as psychologically. Many slaves (i mean the ones who deserve that title and not the ones who keep on babbling about for instance going to be branded, and call the police or their mom when the iron comes into sight), feel mega empowered when walking through life, carrying on their body the brand mark of the one who owns them. I mean owns them.
Any idea of how many ways there r to brand ur slave? I’m sure u do (grin). But still, just in case eh? Go here and educate urself a little. And maybe make ur choice. Remember tho, true aficionados of this art won’t settle for anything less than the traditional way. I must admit tho, more modern and specialized techniques can give a much more striking and beautiful end result. At times this gives me a headache (sigh).
Years ago i had a friend, who was into fire. What she did to her slaves with fire was unbelievable. To her, branding was simply foreplay. She was not a sadist tho. She wasn’t into delivering pain and punishment. She was just a passionate female who simply loved to see the flames dancing on her lovers, and to enlighten their lives.
Still, compared to other markings, like for instance tattoos (excluding maybe scar tattooing), branding is extreme indeed. I mean, according to mainstream vanilla thinking, as it’s mostly not seen as such in the velvet underground. Anyway, isn't that what femdom, among other things, is aiming at? To be extreme, to explore boundaries, to go over the edge, to refuse limits and replace them by horizons, to go there where lust is driving us but fear is trying to hold us back, and at the same time....... control all this? All this not only to drown in the ecstasy of uniting with another human being, to get lost together in what i’ve called the Singularity, but also as a means to break for good with vanilla paradigms, protocols, values, morality, and traditions. To maintain my disconnection/independence from this utterly debilitating world, and to keep myself on the alert for its seductive and foul nature, is paramount in my life!

A friendly suggestion for the dommes (ugh…..toedeloe…..) who read this, including that bunch of ultra strict dames entertained by Sara on his site, who might be contemplating to brand their spouse, hubby, subbie, or whatever creature. Try to get a branding urself first! I mean, b4 going to brand the love of ur life eh? To get the feel of it! To experience the reality of what u soon r going to do to him. Wouldn't that be exciting, lovely, and a true sign of being on top? Oh, come on ladies. Don’t u live by the Golden Rule? Or r u simply a disgusting coward, who expects her slave to suffer things u urself don’t have the stomach for?
Hmmm, let me help u to bravely step over the darn branding-threshold, and to dominate ur silly fear, oh Dommes of the 21st century. Think of it this way: To carry the name of ur property on ur delicate and sexy body, now wouldn't that be something? I mean forever! And wow, what about if u would have more than one slave eh? Yeah, think of that! Remember those old Wild West Machos? The ones who carved an X (or whatever) into the butt-end of their rifles every time they had killed an Indian or another living being? Doesn’t that make ur adrenaline levels peak? Doesn't that want u to order ur slave to run to ur local branding store, to buy some delicious branding equipment and, after his return, immediately proceed with a couple of branding sessions, with the branding of his name (or initials, hehe) on that hungry body of urs as the main event of the day? And to show same off, on the beach, in ur club, during a pta meeting, to ur parents, to ur cuckold husband when ur r fucking ur boss, on Facebook.....oh my…….aaaahhhhhh!
But u know what i think? U will never do it. U will never brand ur slave. At best i only can see u do it via the hand of someone else. Then brag about it. Why is that? Cos u r not a femdom! U only talk about it. U only write stories about it. Silly stories about humiliation, orgasm denial, spanking, cuckolding, etc. Blog after blog after blog. And feel great about it too, cos u think others see u now as the one who’s in control. And they do. They see u like that indeed. Or want to see u like that. They admire u. They adore u. But only cos they r story tellers as well, can’t do without ur paper adventures, no matter the quality, no matter how repetitive they may be, and cos they must have ur support in return.
U say u love ur slave? U have a relationship with him? Even one which is growing deeper and deeper each and every day of ur life? Not only during the weekend, or when the kids r at school? Urs is a 24/7/365 one, characterized by passion and unquestionable slavery? I don’t think so. I tell u what, u ultimate domme, goddess, mistress, u silly self proclaimed domina on ur ridiculous throne: U don’t love him. U hate him. U always have. U can’t stand up to him, contaminated as u r with all kinds of patriarchal ideas and values u can’t urself get rid of. It's eating u. It's driving u crazy. It's crushing ur ego. U need a scapegoat. U need someone to blame for ur failure to stand tall, to make a stance, and to refuse to mop the floor. U want to take revenge on him for all that, and more. But u r way to weak for that. U r not capable of seducing a real macho to do ur bidding. U r not able, and way too vanilla, to force a man like that into slavery, and fully own him. That’s why u mingle with the vanilla sissies and the ones who secretly long for a life under the rule of a femdom, but lack the guts to make that happen. They don't even try. Only online they show some bravery by coming out of their virtual closet. Oh yes, some come out of their r/l closet as well, in the safety of their homes, trying to seduce women like u to fulfill their fantasies, promising u the world, if only u would be willing to give them some corner time for not properly having done ur floor, or something equally banal. These men r like u. Bragging wannabes. Still, u want to make them look even more tiny, cos u r too small urself. U say that’s not true? U r the real stuff? Then brand him!